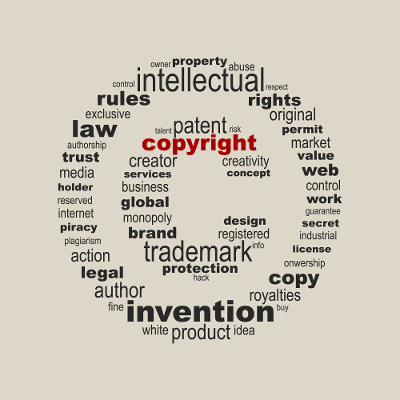 We have developed substantial expertise in trademark and other distinctive signs protection, unfair competition and similar fields of law. Our experience covers registration of trademarks both in the domestic and European level, as well as court litigation, administrative proceedings, anti -counterfeit and pirated goods proceedings, Customs Authorities proceedings, parallel imports, etc. We are also very familiar with the proceedings before the Office for Harmonization in the Internal Market (OHIM) and the Court of First Instance of the EU, where we have repeatedly appeared and handled cases successfully.

We believe our services can be of value to our clients for the following reasons:

Expertise and legal innovations: During the past ten years we have developed innovative skills and expertise in trademarks law, through a team of legal practitioners who devote themselves to what they do best, trademark registration and litigation. We were the first to introduce innovative legal methods and strategies, particularly in the fields of parallel imports, counterfeit and pirated products. Some of the more important trademark court cases that were reported in Greek law reports were successfully handled through our law firm. For example, we were the first to persuade Greek courts to apply modern legal theories like the ‘reverse confusion’ theory and the ‘initial interest confusion’ theory.

Assimilation of clients’ corporate practices: We work with a number of multinational enterprises with different approaches to their legal affairs. We are used to adopt and apply the corporate policies, practices and strategies of each client.

Exclusivity and absence of conflict of interest: We cooperate on a strictly exclusive basis with only one client from each market sector, so as to make sure that our clients’ strategies and trade secrets are well protected. Until today, our clients cover the sectors of foods and non alcoholic beverages, media and entertainment services, slimming and hygienic services, as well as hospital and medical care services. We can expand our exclusive cooperation with clients dealing with alcoholic beverages, tobacco, electronics, computer software and hardware, athletics, fashion, etc.

Network of foreign branch offices: We closely cooperate with a network of highly specialized intellectual property offices in the Balkans and East European countries. This allows our clients to manage their trademarks cases more efficiently in the geographic area where we are active.

Below you may find short descriptions of some of the major trademark cases handled by us during the past years:

Prime: In this trademark litigation case two major Greek banks, namely Piraeus Bank and Eurobank were involved. They both used the mark “Prime” in connection to financial services. Piraeus Bank had registered the word “Prime” as corporate name for its subsidiary investment bank Primebank, while Eurobank has been using the same mark as a non registered brand name for a depository account. In effect, this was a concurrent use case, in which our client Eurobank succeeded in evidencing prior use as against Prime bank and thus obtained trademark registration.

Silhouette: Our client, Silhouette, is one of the larger Greek slimming centers and beauty parlors enterprises with substantial annual advertisement expenditures amounting well above 2.000.000 EUR. The enterprise operates in Greece since the early sixties on the basis of a franchise network. The case involved the trademark “Silhouette” which had not been registered in connection to slimming centers and beauty parlor services in class 44, even though it had been used as such by the franchisor since the sixties, because up until 1992 Greek law did not recognize service marks. Following the legislative reform that allowed the registration of service marks, the franchisor, our client, applied for registration in its name. A franchisee then intervened, alleging that he had acquired property rights in the mark by contributing for a long period of time to the advertisement expenditures. According to the franchisee the trademark was actually jointly owned. The franchisee succeeded before the Trademarks’ Committee, as well as the First Instance Administrative Court and the Court of Appeal. However, acting on behalf of the franchisor we managed to reverse the case before the Cessation Court by proving that the franchisee lacked the legal standing, because his factual allegations were not that he enjoyed prior use of the trademark as against the franchisor, but instead that other corporate entities enjoyed such prior use. However, those entities were actually controlled and administered by the franchisor itself and thus the use of the mark by them was attributed to the franchisor. The Cessation Court judgment was important, because it clarified that the use of a trademark under a non registered license is considered to be use by the licensor (franchisor) and that the use of a trademark by a third party cannot be invoked as against an entity that has applied for trademark registration of this mark in its own name.

Additionally, our team has successfully handled several opposition and invalidation proceedings before the Office for Harmonization in the Internal Market (OHIM) on behalf of the owner of the mark “Silhouette”, the trademark of which is discussed above, against numerous community trademarks containing that component. As a result of our successes, we have managed to substantially limit the number of community trademarks containing the component “Silhouette”.

Iaso Hospital S.A.: Acting on behalf of Iaso S.A., one of the major privately owned Greek hospitals, our team managed to persuade the Greek Trademarks’ Committee that partial assignment of a registered trademark is allowed under Greek Law. As a result, an assignment for only certain of the registered goods and services of a mark is now allowed even when the mark is retained by the assignor for other registered foods and services.

Eurobank S.A.: Acting on behalf of Eurobank S.A., a major Greek bank emphasizing in consumer credit, we managed to persuade the Trademarks’ Committee to accept that it is possible under Greek law for the trademark owner to disclaim exclusive rights on certain parts of the registered mark, irrespective of any pending trademark litigation. A strict interpretation of Greek law allowed such disclaimer only if trademark litigation was pending. However, on the basis of the provision’s purpose which was to facilitate private dealings in trademarks and to avert litigation, we managed to persuade the Trademarks’ Committee that disclaimer was legitimate, irrespective of any pending trademark litigation.

Village FM: In this case we represented the well known Village Roadshow Corporation that operates movie theatres in Greece for about 10 years. Village extended its operations to the radio broadcasting services under the Village FM trademark. When it applied for registration of the mark it found out that a past director of the corporation and minor shareholder had obtained trademark registration in connection to the mark Village for radio services. Village Roadshow Corporation applied for the invalidation of the mark on the basis of bad faith registration and succeeded.

Ferro S.A.: On behalf of our client, Ferro S.A., our team successfully led litigation before Greek Administrative courts against Ferrero Sp.A. when Ferrero Sp.A. opposed our client’s trademark applications. Similarly, our team of attorneys handles the same matter before the Office for Harmonization in the Internal Market (OHIM) and the Court of First Instance of the EU and currently we expect the judgment to be issued.

Bodyline: We have handled numerous counterfeit litigation before Greek Civil and Criminal Courts on behalf of the owner of the mark Bodyline, a well known beauty parlor and slimming center enterprise in Greece operating more than 30 branches. Subsequently, we managed to substantially limit the number of competitive products circulating in the Greek Market under the name Bodyline (i.e. perfumes, cosmetics, toiletries etc.). Our representation of Bodyline has also led us to handle invalidation and opposition proceedings before the Office for Harmonization in the Internal Market (OHIM) against other community trademark applications which involved the component “Bodyline” and therefore infringed upon our client’s rights.

Additionally, our long-term commitment to representing Nestle Hellas S.A. in trademark litigation issues has led us to successfully defend them against allegations of trademark infringement by the Greek mark “Coffee Time.” The latter company alleged that its use of the catch-phrase “coffee time” within an advertisement scenario was protected by their trademark. We persuaded the court that using that phrase in a scene in an advertisement was insufficient to qualify as trademark use because it was a common linguistic expression.

Furthermore, in a similar case, we successfully defended Nestle Hellas S.A. against allegations of trademark infringement for the term “Moccachino,” which it used to describe a particular type of coffee that combined typical coffee with chocolate, in several advertising materials. The court ruled in our favor on the basis that the word “Moccachino” alone was insufficient to qualify as a trademark and, therefore, no property interest could be created in this word because it was only the descriptive name of a particular type of product.